THIS RECENT NEWS FROM the Centers for Disease Control and Prevention (CDC) confirmed what circulating news reports were predicting: an early-onset flu season. What remains to be seen is how severe the season will be and how long it will last. Flu season in the United States usually ramps up in the fall and peaks most often between December and March. The flu season can continue as late as May. read more

100 MTM Tips for the Pharmacist 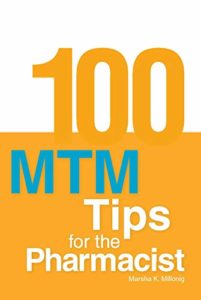